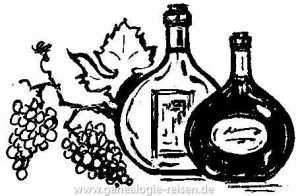 If Weissburgunder (Pinot Blanc) is the newest Cinderella story in German white wine, its planted surface having tripled between 1995 and 2017, Silvaner is presently eclipsed.  Germany’s most planted variety at the turn of the 20th Century, and third most planted as recently as 1995, Silvaner has gradually lost ground.  The story is similar across the Rhine in Alsace, where Sylvaner (Alsace orthography) has now slipped from a 25% share of the region’s total vineyard to just 10%.  In Austria, where the variety was born but may never have had much traction, planted surface has shrunk to fewer than 40 hectares countrywide.  Still Silvaner is not endangered, remaining the second most-planted variety in Franken, and fourth most-planted in Rheinhessen.  On these shores, it thrived in several California wine regions as early as the 1850s and as recently as the 1970s, often as part of a blend, or sold as Franken Riesling.  These days it clings to a few tiny plots in the Santa Maria Valley and Sonoma. And one reported near Forest Grove in Oregon.

As a general matter it is far from clear what drives (and has driven) the ebb and flow of vogue around wine grape varieties over time.  In Silvaner’s case, why did it lack traction in early modern Austria but still appeal enough to the abbot of Ebrach that he imported cuttings into Franken in 1665?  Why was Silvaner more attractive to growers in Rhenish regions at the turn of the last century that at the beginning of the 21st?

Such questions deserve attention well beyond the scope of this post.  Here I report instead my impressions from an opportunistic lineup of 17 Silvaners tasted at Stanford, CA on 3 March 2020.  No effort was made to obtain wines from all areas where it is now important, or to reflect its relative importance by region.  Or to identify and represent wines from “top producers.” What could be found easily was acquired, period.  Happily, quite a few top producers were included.  In the end 11 of the 17 wines came from German regions, 4 from Alsace and one each from California and the Alto Adige. Thanks are owed to several importers for their help, with special thanks to Tom Elliot of Northwest Wines, Ltd. for no fewer than seven wines from his Silvaner-rich list. A link to the tasting list is found at the end of this post.

My impressions from this tasting…